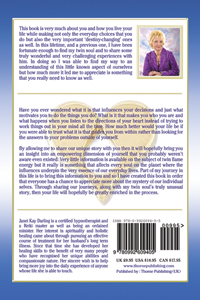 Janet was born and raised in Lansing, the capitol of Michigan state USA, and has lived there all her life. From very early on, she had a sense that her ideas about life and the world which we live in were somewhat different from others around her. However, it wasn't until later in life that she began a greater interest in taking time to find out just exactly why this was.

As was often the case for young women in the decade that followed the second world war, she was married at eighteen and soon started a family. While successfully raising her three children and launching them on their paths to adulthood, there was precious little time to do anything else. But through it all she always knew and felt there was much more for her to learn about spirituality.

While in the course of expanding her spiritual knowledge and following her natural attraction to the mysteries of life and the Universe, Janet continued to experience the feeling that there was more. This was something which had been with her since being very young, but just what this particular 'more' was, she didn't have any real idea. That was, until someone very special literally walked into her life and changed all of that in an instant. Completely unexpectedly, she experienced 'love at first site', where life would not be the same from that point on.

Finding her twin soul in such a sudden and compelling manner, and then having to re-evaluate her whole life as a result, Janet was faced with having to make some very difficult choices. Fortunately, having such an interest in spirituality Janet had faith and trust to guide her.

While having not much more than her own inner guidance and her unshakable faith in the enduring power of love to rely on, Janet quickly learned the power and wisdom of following the guidance which comes from the heart. In the face of much confusion which comes from a major upset in life, for whatever reason, she was forced to ignore the imposition of her own and other people's opinions, while listening only to the inner voice of guidance which lead her to happiness which she had only ever dreamed of.

This she did, and in the days when it was considered to be less acceptable, or even rational than it is in today's world of comparatively liberated women. This took a lot of courage and trust on her part, but she believed wholeheartedly in her love and guidance of a higher power.

However, this faith was to be further tested when she found herself starting out on a long and eventful quest for answers from the world of science. This came about after unexpectedly being confronted with having to deal with her new husband's subsequently diagnosed terminal illness. Understandably, this news proved to be a tremendous shock after such a short time of marriage.

Undaunted, Janet began delving into the world of hypnotherapy. She eventually qualified as a certified hypnotherapist (CHT) and a Reiki master as well as being an ordained reverend pursuing an effective course of treatment for her husband's long term illness; but to no avail. Soon she found herself to be in need of a different kind of answer to more searching questions of a deeply spiritual nature. This in turn spurred her to resolve to understand and appreciate the very difficult lessons which she and her husband had been presented with. Even their final parting was something which she faced with an awareness of a greater purpose to life. As a consequence of all this, she is responsible for the creation of an amazing book, where her story is filled with inspiration as well as a lasting message to us all. Along with this Janet has her Youtube channel where she further explains what it is to be a twin soul and how it guides us to make the choices that we do.

In all of her efforts to bring a message to those who resonate with her understanding of all things spiritual, having been so intimately acquainted with twin soul love, and then the illusion of earthly separation, she is uniquely qualified to help others find their way toward the happiness they seek. She enjoys marrying people it gives her the greatest pleasure. Ceremonies of all types seem to hold a great deal of fascination for her, in not only the elevated spirit of the occasion which they produce, but also in the reasons behind why they have played such an important role in our society; as well as human evolution in general. The study of this subject revealed how far back into the mists of time this practice goes. And so Janet constantly seeks to find out more about what motivates us to continual creating and attending such occasions as being a natural and essential part of a civilized society.

During the time when Ron and Janet searched for a cure to his illness, they discovered to their great surprise, that this was not the only lifetime which they shared together. More investigation into this fascinating subject gave them each a deeper understanding of the many mysteries to this life; as well as the afterlife and the eternal nature of our existence. This is also something which she freely shares on her Youtube channel and in her co-authored book, The Timeless Love of Twin Souls.

The Archer is inquisitive and incessantly curious. This sign rules the House of Philosophy, and the Sagittarius woman seeks the truth in all circumstances. She explores every man, woman, and child profoundly and topics of conversation can run the gamut from politics to religion to sexual preferences. Nothing is off limits or taboo in her search for The Answer To Everything. She is versatile and exceedingly charming and enjoys every experience that comes her way. Sagittarians are usually candid and independent, an alluring combination to many.

Recognized as the seeker of truth, the Sagittarius woman wants to discover what life is really all about. Everything fascinates this open-minded woman, especially new and controversial areas in religion, morality, and philosophy. Get her started and you’ll have yourself an intellectually stimulating conversation about what makes the world go ’round.

The Sagittarius female thinks ideally, knowing that the world would be a better place if only everyone could be educated not only in math and languages, but also about the various cultures and values that help to make up the world. The Sagittarius woman traits show she is anything but narrow-minded. She will take the time to talk to new people so that she can learn about their lives. The Sagittarius lady finds other people to be interesting and a source of knowledge. She is especially attracted to friends that are different from herself in their ethnic and social background.

She feels like she can learn the most from these kinds of people. Because of this view on people, she is likely to travel to faraway places during her life. A young Sagittarius woman may join the peace corps to travel and educate others. The Sagittarius woman characteristics show she loves to teach other about the truths of the world. She has no time for narrow-minded people who can’t see outside of their own point of view. She will want to make friends with people who have as broad as a mind as she does. 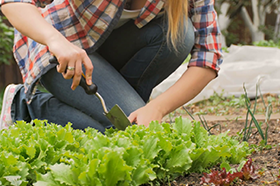