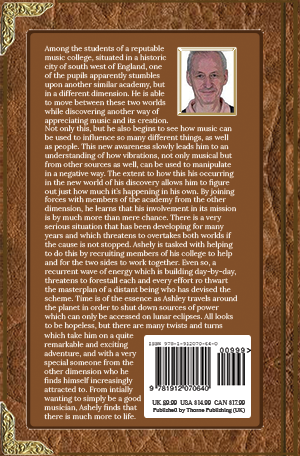 Born in the South West of England and experiencing the waning days of austerity after the second world war, Phillip grew up in an atmosphere of a will to rebuild and prosper. Everything at that time was inevitably focused around constantly making life better, while people shared their hearts and homes; in the true spirit of community and togetherness. It was a memorable time to be born in, where the lessons of that challenging period would never be forgotten.

Having left school at seventeen, in order to learn electronics at Bristol University, Phillip became immersed in the world of academia and science. This quickly proved to be a mind-expanding experience which inevitably opened up many new horizons. University life presented a completely different viewpoint of the world, where the focus on what was considered to be of importance seemed at first to be completely disconnected from reality. Having come from a background where money was always in short supply, this contrasted greatly to the apparent affluence of a well-funded and historic seat of learning and research. Not only the environment was so different, but so were the people. As such, this started Phillip on his lifelong path of people-watching as the human experience gained ever more fascination in his expanding awareness.

Moving on nearly five years later, and after attending two more years of higher education, he realised his dream. Phillip became a computer engineer at the company which is now known as British Aerospace. Working on the same complex system which trained the Apollo astronauts to make all of their moon landings, this also proved to be a thoroughly absorbing episode of his working life. Apart from being involved with large computer systems, he also had access to the whole world of aircraft manufacture, test and design. This inevitably acted to kindle a flame which would eventually lead to his becoming a pilot later on. However, the time spent growing up had set the spark of striving to achieve more and so, after nearly two years of being involved with both digital and analogue mainframe computing, Phillip struck out on his own.

Through having established a business in electrical and electronic contracting, he got to see a great deal of his country of birth. While undertaking installation assignments in all areas of industry and commerce, he witnessed life being lived at virtually every level. From meeting with board-level executives of large companies, to dealing with the workmen on the shop floor of the production facility, or the couple who had given up everything to just run their own guest house, the variety proved to be amazingly comprehensive. Everything he had been involved in, since leaving school, had served to expand his knowledge and understanding of people and how they perceive the world around them while making their way in it. Being observant, this represented a constant source of fascination and interest while gathering ever more experiences of how people relate to one another; and why they act as they do.

Moving on from a life which involved a great deal of travelling, while looking for something a little less demanding, he decided to form a partnership with someone who was already involved in the entertainment industry. This quickly led to the ownership of retail outlets selling musical equipment, and then developing a concert sound system company which contracted to TV companies and touring bands.

Once again Phillip found himself moving in another type of world where the contrasts could not have been more striking. From struggling solo musicians to hit-record producing, famous bands, this spotlight-seeking, performance oriented side of life offered him even more intriguing insights. Through working in recording studios and being actively involved with organising live performances at large venues or small clubs, he began to appreciate the true richness and scope of this life that we lead.

Through seeing first-hand how the successful and wealthy performers coped with their fame, life-style and exposure to intense public interest, this further expanded his understanding of how people respond to the circumstances of their individual journeys.

After many years of running retail stores, dealing with musicians, playing in bands and being involved with all manner of TV companies and live performances, Phillip moved on to a less frantic way of life. Returning to the world of computing in the late 1990s, he formed his own company; but also developed another interest in solving noise pollution problems for industry. Having been exposed to such high volumes of sound in concert situations, Phillip applied his extensive knowledge of this, as well as his expertise in electronics, to using new techniques that helped reduce harmful noise levels in large production facilities. This he found to be a very rewarding thing to do for those whose health had suffered as a result of this exposure.

Finally closing the doors of his business adventures not long after the start of the new millennium, Phillip eventually took up writing so as to share many of the experiences that he'd encountered. With a good understanding of people, and a wealth of characters to draw on, his stories reflect the journey through many different worlds. Having had such a wide variety of experiences in so many walks of life, Phillip also came to a much greater appreciation of the spiritual side of mankind. It became apparent early on, that money did not hold the answer or keys to happiness. His astute mind quickly appreciated that there must be more to it than that.

While searching for information through the world of gifted psychic individuals, he discovered that there is far more to this reality than meets the untrained eye. In all that he has learned thus far, it seems that there is a great deal of wisdom that not taught at any level of education. In wanting to address this situation, in a similar manner to that of curing noise problems, Phillip's books weave into their stories much of what he has learned. In this way he travels the final part of his journey through this amazing life which we all lead. 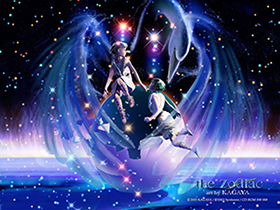 Multi-talented, free thinking, talkative, social, scattered, diverse interests, loves variety and excitement. The third sector of the zodiac is all about intelligence and communication. Being born under this sign generally means having a gift for and love of using mental abilities as well as needing to express those abilities to the fullest extent.

Anything that gets a Gemini's mind ticking over will prove to be fascinating where there is a constant need to challenge their mental abilities where they will make extra efforts to understand anything which they put their mind to. The twins can’t comprehend why other people don’t feel the same way about life and all the fascinating aspects of it as they do. To them, this kind of stimulation is their life blood. Anyone who engages a Gemini in quick-witted and thoughtful banter will win their heart for sure.

Geminis take an interest in anything which requires a little brain power. Reading and ferreting out information on the Internet are a perfect way for them to unwind. Communication is one of their favorite pastimes where writing and creating entertaining stories is much better than watching TV. Sharing thoughts and ideas with friends and strangers alike is far more exhilarating than driving a fast car. 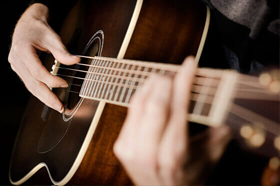