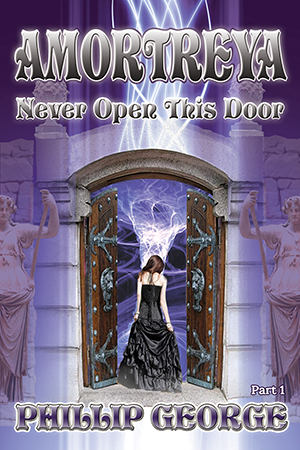 Set in western Pennsylvania, Villa Santa Maria de Cordoba is home to almost five hundred impressionable teenage girls; who are mostly boarders. The school has a long-standing reputation amongst the community of the nearby historic harbour town, and is noted for the quality and calibre of its well-educated students. One of them is Marianne Eden. She is a uniquely talented, albeit somewhat reserved young lady who sees things somewhat differently, but just wants to be accepted as being like everyone else. Nevertheless, while fast approaching her seventeenth birthday, she is about to discover the profound implications and far reaching consequences of her psychic abilities; whether she likes it or not.

Over the course of the past two terms, Marianne and her best friend Kelsey O'Hara have concocted a scheme to impress other pupils. This they have achieved through holding secret séances in an off-limits part of the school, where many strange things happen in the dead of night. While Kelsey pretends to be the one who is responsible for making all the weirdness and spooky 'tricks' happen, Marianne is the one who quietly creates the 'magic'; while happily letting her exhibitionist friend take centre-stage.

It's all meant to be a bit of scary fun while making money for Kelsey and Marianne in the process, and up to now their subterfuge and well-rehearsed theatrics have been very successful at doing both. However, unknown to either of them, there is a great deal more going on in the deepest, darkest shadows at the school than they could ever have possibly imagined; or even anticipated.

Much is about to come bursting to the surface, where Kelsey's fearful scepticism concerning anything remotely connected to witchcraft, the occult or contacting the dead, will soon be put to the ultimate test. Both of the girl's immature, and somewhat irresponsible antics are poised to bring about repercussions not only for themselves, but for many others as well. The inescapable fate of this will soon lead them into a situation where they are way out of their depth.

On this highly portentous blood-moon, mid-term Friday night, a group of seven girls find themselves being confronted with much more than they bargained for. With this comes a frightening cascade of unexplainable encounters which will seriously challenge not only their friendships, but will also cause them to deeply question their understanding of life as well.

Marianne, being completely unprepared, finds herself having to come to terms with a force which she has no idea how to deal with, while trying desperately to keep her physic gift a well guarded secret. In light of the dramatic consequences which will inevitably follow this night's adventure, this looks to be increasingly unlikely. Through what she has unwittingly set in motion, Marianne will get to learn the intimate details of a highly secret history which no textbook would ever be entrusted with the details of.

At the heart of the school complex lies the remnants of what used to be an old convent, which dates back to the time of just before the revolutionary war. It's chequered history finally sealed its fate, where it lay derelict and apparently abandoned for many decades; although this strange place could never be considered a being alone. However, despite whatever underlying force had caused the initial downfall, it had only been largely inactive while awaiting an opportunity to reappear. In the recent past it has done just that. Marianne, with her gift, presents a threat to it, and so a dangerous and challenging situation unfolds as a result. In doing battle with the darkest of forces, Marianne receives help from people and dimensions which she would never have imagined existed. The tides of change are set to come sweeping into many lives.

Click on the Icon to go straight to the Barnes and Noble listing if you would like to buy this eBook title from their site.

Click on the Icon to go straight to the Rakuten Kobo listing if you would like to buy this eBook title from their site.